Extract from the journal of Jane Robson, a Scottish immigrant who settled in Cañuelas and then in the Chascomús area in 1825.

Worksheet on the hardships immigrants had to face (for teenagers and adults). (Download pdf) 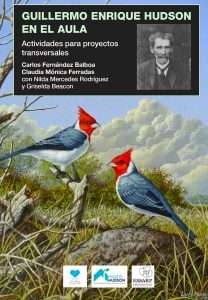 Carlos Fernández Balboa and Claudia Mónica Ferradas (eds.) with Nilda Mercedes Rodríguez and Griselda Beacon.
Resources in Spanish and English for teachers at primary and secondary level.
Ideas and materials to integrate different subject areas in cross-curricular projects based on William Henry Hudson’s life and works.

… I failed to make you see
that where I come from we play other games
or bend the rules,
that rules don’t travel well,
that a conker will crack inside a drawer,
(a sad dry carcass torn hopelessly into two)
so far from where you live,
from where it fell.